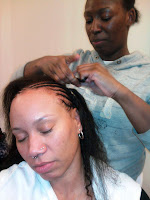 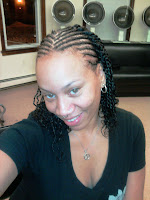 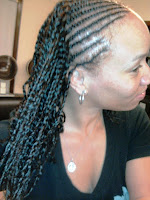 While at the salon yesterday sharing some good laughs, my stylist Pam was remembering when I did my "Year of Esther"! This is when in 2008, I devoted the whole year to the book of Esther in the Bible. Where King Xerxes wanted a new wife and he had maidens "prepared" so he could make his choice. These particular scriptures were incredibly inspiring.... Esther 2:9 "The girl (Esther) pleased him and won his favor. Immediately he provided her with her beauty treatments and special food....." Esther 2:12 "Before a girl's turn came to go in to King Xerxes, she had to complete twelve months of beauty treatments prescribed for the women, six months with oil of myrrh and six with perfumes and cosmetics." Esther 2:17 "Now the king was attracted to Esther more than to any of the other women, and she won his favor and approval more than any of the other virgins, so he set a royal crown on her head and made her queen." 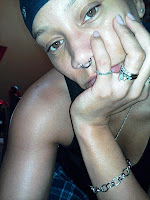 The scriptures really got me thinking about what went into those 12 months! To go through that many beauty treatments and care to the body had to produce a visible transformation. It worked for Esther...she became queen! So I set out to do my own version. But beauty is not just external so I stated thinking about a whole person transformation. I came up with seven area I would concentrate on to make my own transformation.
1.) SOCIAL This is where I concentrated on intensifying my relationships. Being more honest in my interactions and telling people I loved, "I love you." My family is closer to this day as a result!

2.)PHYSICAL This is where I made a commitment to my body. I started getting my hair done at the salon on a regular, I started my pedicures and manicures. Bubble baths were a regular! I changed my diet to make healthier everyday choices. I worked out like a maniac too....I was in the BEST shape of my life at the end of that year!
3.)INTELLECTUAL This is where I began my art library and made a commitment to read and read often. I love reading spiritual books and art related themes. I also included active participation to plays and museum visits and keep music playing throughout my day. That has not changed to this day!
4.)EMOTIONAL This is where I really paid attention to my hormone levels and learned how my body handles stress so I could best counter it. I made a commitment to my twins to have honest interaction with them and treat them as individuals and not just "kids"....so we PLAY HARD!!! So of the most creative ideas came out of my house that year, however we still are pretty out there in our home. smile
5.)ENVIRONMENTAL This is where I considered the world around me. Madi and Wave were the best help here. We started recycling on a regular and built bird houses for the birds. We even started a garden in the backyard. We talked a lot about nature and how beautiful God's creation is.
6.)OCCUPATIONAL Here I wrote out specific goals for my military career.....ALL WERE REALIZED! This is were I started taking serious my art as a business and made specific plans for my art studio which was finished in 2010!!! smile 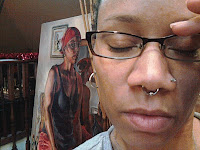 7.)SPIRITUAL Prayer and meditation was critical in my transformation! (something I think I sort of lost sight of) I made a specific list of area I really wanted to grow in....Forgiveness, Grace, Self-Control, Server attitude. Sharing my gifts was a big part too. (I gave a lot of art away...smile)
2008....Now THAT was a GREAT year!!! So much of what I learned about myself and my world has stayed with me from that experience. It was such a refreshing reminder as I embark on a new challenge for 2011. Time with Pam made me realize how important it is not to forget our successes and to DREAM BIG! ...oh and by the way, Pam has taken to my Year of Silence quite naturally! We were texting each other while she did my hair! She had me crackin' up!!!
Posted by Justice - Artpeace Studio at 4:24 AM